This site uses cookies to provide and improve your shopping experience. If you want to benefit from this improved service, please opt-in.
More Info
Save Preferences
NEXT DAY DELIVERY AVAILABLE
PRICES CHECKED DAILY
0% CREDIT AVAILABLE ON ORDERS OVER £99 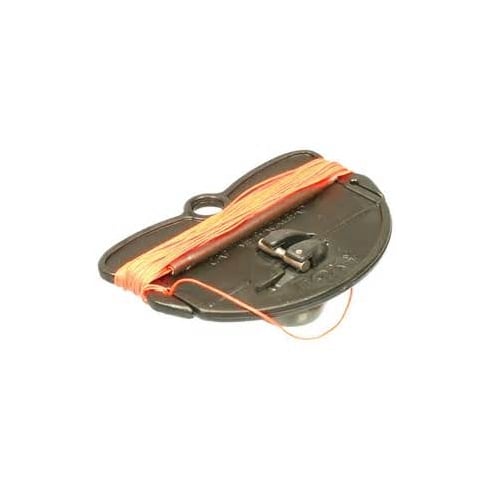 Item in Stock Item out of Stock | Usually dispatched within 24 hours
Loading...
Ask A Question
Email A Friend
Add To Compare

For some time now I have been experimenting with Fox captive back leads, an experiment that was born out of necessity at first. I was fishing a lake that had speedboats and wind surfers on the water during the daytime, but one where I wanted to leave my baits in position for the late afternoon feeding spell. The problem was that due to the weed and severe gravel bars I did not want my line permanently held on the bottom once the boats had gone. By using a captive back lead I could simply release my line once the boats had gone.

I soon began to realise other advantages such as avoiding the attentions of swans and geese who patrol the margins after dark. Also, when drifting weed becomes a problem in the autumn they prove invaluable when dropped directly below the rod tip, offering less line for the weed to cling onto. There were a couple of products on the market but neither was what I was really looking for so I started making my own. Now, at last, Fox have released a proper, working, captive back leads. No more swan problems in the night, no more drifting weed wiping out your lines as it chugs past on the wind and, obviously, lower line angles to fool wary carp.

Normal back leads are ok in the right situation but sometimes you do not want one left on the line while you play a fish, and what if the margins are thick weed? The captives can even be fished off the bottom to avoid weed and detach instantly when you receive a bite. The unique gate system used in the clip ensures that any forward movement will trigger the gate and release the line but there is enough resistance when sliding them on to keep the gate firmly closed. I now use them for ninety percent of my angling situations and I usually fish them directly under the rod tip to keep the line clear from marauding swans and geese. You can fish a standard back lead further down the line if needed and still use the captive near the tip, getting the best of both worlds. Unlike standard back leads the captives are attached to a length of cord so once you have bought a set they should last you indefinitely. By fishing them on a tight cord from the bank stick you can keep them clear of the bottom, if need be, to avoid bottom debris, weed and snags etc, or slide them out on a long cord and fish them as a normal back lead. For Quattro Pod owners a special Captive Back Lead bar is available that clips onto the front two legs. The bar has three split rings at fixed intervals along it, each featuring a stainless steel clip to allow the winder from the ‘Captive Back Lead’ system to be attached. All in all an ingenious little piece of kit!

Be the first to review Fox Captive Carp Back Leads. Write a review ›

Next Day Delivery service (tracked and signed for) is available (excluding Highlands, Islands Northern Ireland and overseas) for orders placed before 11:00am Monday-Thursday (Please note there is a 24 hour processing time for this service), Orders under 2kg and under £40.00 are sent by courier on a 3-5 working day service (tracked and signed for).

All items larger than 61cm on any one side or larger than 0.005 cubic meters (5 Litres) including packing are sent on a tracked and signed next day service. Any item over 1.1m or 0.005 cubic meters (5 Litres) including packing requires an individual quotation, this is for all areas including mainland UK. Due to the delivery of goods being fulfilled by third party companies no guarantees are offered.

Payment can be made online by any credit or debit card, or by Paypal.

Our site uses the latest 128 bit SSL security, complying with and exceeding all necessary security requirements to protect your details. We do not store any sensitive information (card number, etc).

SSL encrypts your order online to avoid any decoding of that information of anyone other than the necessary processing parties. To check the security of your connection, look at the status bar of your browser window after accessing the server. If you see an unbroken key or a closed lock then, depending upon your browser, SSL is active. You can also double check by looking at the URL line of your browser - while accessing a secure server the first characters of the address will change from HTTP to HTTPS.